Is this whole 'LegalTech' thing a bubble that will soon burst? Or is there gold in those hills? 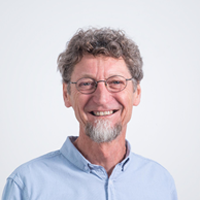 At such a remove from their original context, these steps often strike those outside the legal sphere as arcane and arbitrary  usually a correct perception. True innovation happens when logic and efficiency is restored to legal process.

Technology's promise is that AI, machine learning, and blockchain will soon replace us all. This is hardly the case. Real innovation in the legal sphere is much more likely to come in the shape of many competing products with divergent visions for how the various problems we currently experience can be solved.

We are sure to see many platforms appearing that use extensive automation, coupled with targeted application of buzzword technology like 'AI'. Some offerings will attract investment and turn out to be vaporware, but on the whole, those adding the most value in the short term, who also have long-term vision, will emerge as winners.

"If your service isn't talking to the other services in the LegalTech ecosystem, it will be left behind"

The key to survival will be collaboration and a focus on integration through APIs. If your service isn't talking to the other services in the legaltech ecosystem, it will be left behind, because this is not going to be a winner-takes-all scenario, at least in the medium term, since we have yet to see major tech players enter the market. Innovators will build verticals off the back of the success of a standalone product, or drive improvements (dare I say through machine learning?) in their product to consolidate a first-mover advantage.

While not a bubble, LegalTech and its pace of adoption in industry will largely be determined by a change in thinking within firms. As long as technology remains a threat to the prevalent business model, friction will continue to slow progress. In forward-thinking organisations, however, incubators and partnerships with visionary startups will continue to be ways to gain a foothold.

On this view, the biggest change we are likely to see is not in technology itself, whose advance is assured, but in industry attitudes towards it, and in the new business models it drives.

This editorial was originally published in Modern Law Magazine issue 52